You are here: Home1 / Blog2 / Law of Attraction3 / Mindset & Motivation4 / How Being Overly Defensive Can Destroy Your Relationships – But You...

It’s Natural to Be Defensive When We Feel Threatened

My parents were in town last week.

During a conversation we had, my mom shared an opinion that I strongly disagreed with. And as I responded to her, she said this to me:

Now, how many of you have experienced this too?

Admittedly, getting defensive is one of my greatest personal weakness.

It’s a terrible habit of mine that I’ve been aggressively working to counteract, especially in the last few years.

When I hear something I don’t want to hear, I jump to conclusions about why that person is saying that thing.

Instead of trying to genuinely hear out the other person, I’ve already decided in my head that either:

Being Defensive Can Be Dangerous

Because when you’re defensive, you stop listening… the very key to effective communication.

When this happens, you shut out critical information that could benefit you.

Whether it’s from your mom or from your co-worker, you have an opportunity to learn something meaningful… such as, how you need to be more generous with your time to others, or an idea that leads to increased sales in your business.

But when you become defensive, none of that information reaches you.

Defensiveness cuts you off from learning.

Uncover the Power of Positive Intent and Get Over Being Defensive

Now when I feel myself starting to get defensive, I remind myself to take a step back and assume that the other person has good intentions.

Recognizing this doesn’t mean I’ll submit to whatever people’s suggestions are.

And it doesn’t mean I’ll always end up agreeing with my mom when she shares her opinion.

But it does mean I’ll WIDEN my mind.

I gain a greater understanding and perspective of the situation.

By truly listening to the other person’s viewpoint, I can make a more informed decision.

Thank them for their feedback.

Clarify where they’re coming from.

And then form your own opinion about the content of what they’re saying and what their true intentions might be.

When I choose to assume the best intentions in others, I become a better leader, co-worker, family member and person.

I don’t practice it as often as I should, but I’m vigilantly committed to working on it until I do.

Will you join me in this practice? 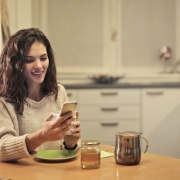 Text Chemistry Review (2020) – Does It Make You Irresistible to Men? 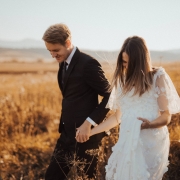 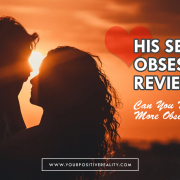 His Secret Obsession Review (2020) – Make Men Obsessed With You?
0 replies